What better way to experience Europe than joining our two-part tour which takes in the highlights of Eastern Europe – a ‘Road Less Travelled.’
Two night stays allow for a relaxed coach tour visiting the historic cities of Prague, Dresden, Berlin, Warsaw and Krakow. There will be free time in some towns to follow your own interests. We have also included a Chopin concert and a night at a Hofbrauhaus - all memorable local experiences.
Our tour cruises by five star river boat from Budapest to Amsterdam along the iconic Rhine, Main and Danube rivers.
Visit quintessential European towns and villages; castles and medieval cities. Wander cobblestone streets, see magnificent Vienna and be captivated by the bridges of Budapest.
Drink beer, enjoy German sausages and pastries at a famous café in Vienna and sip a cold Riesling along the way – always returning to your comfortable ‘home’ aboard ‘Avalon Impression.’
There is also the opportunity to extend your holiday to other European destinations. Please ask!

“One of my best travels” – Lyn

“I felt I got value for money, from the initial planning to the return” – Sally

“We had a wonderful time both on the coach tour and the river cruise. A fantastic trip that will be remembered for years to come” – Margaret & Allan

Depart in the evening on Emirates Airlines for a direct flight to Dubai. Change planes for flight to the Czech capital Prague.

Arrive in Prague early afternoon and transfer to an inner city hotel for a two night stay.  Enjoy a Welcome Dinner tonight.

Built more than 1000 years ago on seven hills, Prague today is magnificent city of beautiful architecture, lush green hills and graceful bridges. The sightseeing tour starts with a drive past Wenceslas Square, Strahov Stadium and Castle Square. A walking tour takes you to the Royal Castle of Hradcany, across Charles Bridge to the Old Quarter of Prague to view the Jewish Ghetto, Town Hall and the world-famous Astronomical Clock.
◊ Special Evening: Tonight’s dinner includes a folklore performance at a popular national restaurant.

A leisurely morning to explore or relax before departing for the beautiful Saxony Baroque city of Dresden. Enjoy a short orientation tour viewing Zwinger Palace and Semper Opera House on the way to hotel. Dinner at a local beer house.

Continue by coach through the German countryside to historic Berlin. Enjoy a sightseeing tour which features the infamous Berlin Wall, Schiller Theatre, Kaiser Wilhelm and Memorial Church before checking into your hotel.

After breakfast travel to Poznan for an orientation tour. Continue to Warsaw, the Polish capital and largest city for a two-night stay. Dinner at the hotel.

This 700 year old city is a symbol of Polish nationhood with the will to survive against great odds. The sightseeing tour includes a drive along the famous Royal route from magnificent Castle Square to Lazienki Park, the Palace of Science and Culture (The Wedding Cake’) and the Warsaw Getto. End with a walking to tour of the Old Town and a classical piano recital of Warsaw’s favourite son – Chopin.
◊ Special Evening: Tonight enjoy a traditional Polish dinner.

Depart on a morning tour of Auschwitz-Birkenau, the notorious concentration camp from WWII and UNESCO World Heritage Site. Continue on to Krakow for a two night stay. Afternoon free to relax and explore at your leisure. Dinner at the hotel

Drive across the rolling plains of Poland, passing the Tatra Mountains, through the Slovakian countryside into Hungary’s capital of Budapest.
Transfer to the ‘Avalon Impression’ for embarkation, settle into your stateroom and home for the next 14 nights. Enjoy a ‘Meet the Crew’ welcome reception in the evening.

Spanning the banks of the Danube, Budapest is one of Eastern Europe’s liveliest cities. See the massive hilltop castle complex with its remarkable Fishermen’s Bastion and the city’s 11th century eight bridges which connect ancient Buda on the right with Pest on the left. Free afternoon to shop, visit a café or walk one of the iconic bridges. Evening departure out of Budapest.

After breakfast enjoy a guided walk of Bratislava with its fascinating Old Town of cobbled streets and alleyways. Afternoon free to explore on your own.

Arrive early morning in Vienna, known as the ‘City of Music’ and once the centre of the mighty Hapsburg Empire. Your guided tour includes many of the city highlights. An optional evening concert is available.

After breakfast, join a guided walking tour where we hear tales of England’s King Richard the Lionheart. Later sail through the Wachau Valley past vineyards, castles and charming villages on the way to Melk for a guided tour of Benedictine Abbey (A UNESCO site).

b) Cesky Krumlov in the Czech Republic – a city on the Vitava River with its 13th century castle. Alternatively, stay on the ship as you cruise into Passau.

A guided walk of this charming town will take in a maze of narrow, cobblestone streets lined with beautiful patrician houses.

Located at the confluence of the Danube, Naab and Regen rivers, Regensburg is one of Germany’s best-preserved medieval cities and was the only German city not bombed during WWII. The walking tour highlights the best of the city.

Today we have three options to choose from:
a) Enjoy a sightseeing tour the Bavarian town of Roth with its half-timbered houses, market square and 1535 hunting lodge – Schloss Ratibor.
b) A tour of Nuremberg’s medieval architecture, gilded fountain, Gothic Cathedral and Kaiserburg Castle.
c) A tour of the historic Nuremburg Rally grounds used by the Third Reich.
In the afternoon relax on board as you cruise the Main – Danube Canal.

Your guided walking tour of medieval Bamberg – a World Heritage Site takes in the historic centre, winding streets and 18th century mansions. Relax as you cruise along the Main River towards Wurzburg.

Wurzburg, surrounded by verdant hillside vineyards, is known as ‘The Pearl’ with its imposing fortress and 15th century bridge. Your morning sightseeing tour includes visiting the largest ceiling fresco ever painted. Afternoon free to explore the city.

On the banks of the Main River there are small towns, many of them tucked away behind walls and towered gates. Relax on board this morning as you sail along the tranquil Main River. An afternoon guided walk of a picturesque small town will acquaint you with the town’s delightful features.

Morning arrival in Cologne, one of Germany’s largest cities which straddles both sides of the Rhine and is known for its twin-steepled gothic cathedral. Choose between a guided city walk, or a Jewish heritage walk. Be sure to sample Kolsch beer – locally brewed for more than 100 years.

After arriving in Amsterdam, a unique perspective of the city on an included Canal Cruise, floating along the elegant grachten (canal) lined with stately homes.
Free time in the afternoon - you may like to join an optional cycling tour (weather permitting).

Amsterdam, the Netherland’s sophisticated, 700 year-old capital, has elegant and classic architecture, cafés and restaurants, a lively market place, canals and waterways and more than 400km of cycle paths.

After breakfast we bid farewell to our floating home and disembark ‘Avalon Impression.’ Enjoy our city tour which includes the must-see the Rijksmuseum and Anne Frank’s House. Check into our hotel to refresh before our Farewell Dinner.

After breakfast a free day to explore the city and its environs.
Evening transfer to the airport for your flight to Dubai or continue with your European holiday.

* This is a cash / cheque price. Credit cards will incur a 2% fee.* Itinerary and costs subject to change, airline fuel charges and currency fluctuations prior to final payment

Included for every Guest 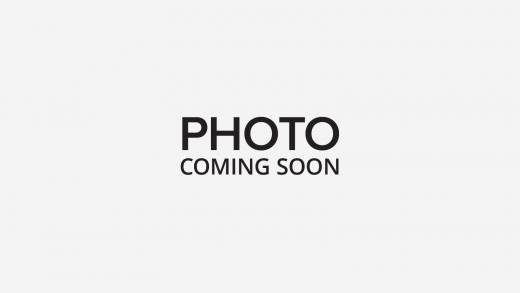