With more than a third of the island encompassing reserves, National Parks and World Heritage sites, Tasmania’s unspoilt natural beauty and clean beaches will leave you wanting more.
Known as the ‘Apple Isle,’ highlights  include Wineglass Bay in Freycinet National Park, the former infamous penal colony of Port Arthur, a wilderness train trip, a river cruise, captivating history and friendly down-to-earth people.
Learn about the rich Georgian and Victorian colonial history, see wealthy graziers’ grand homesteads, sample local delicacies and enjoy very comfortable and unique accommodation.
The capital Hobart, finish for the Sydney to Hobart yacht race, is a modern city with the arts, food and entertainment and the famous Salamanca Market, while Launceston in the northern Tamar Valley is Australia’s oldest provincial centre.
Visit Strahan, a pioneering port town, Stanley with its striking volcanic rock formation known as ‘The Nut’ and the stunning 3m high sculpture known as the ‘Wall in the Wilderness,’ built to commemorate those who helped shape the past and the present.
Tasmania is also known as the ‘Holiday Isle’ so why not be part of our fifth 14-day tour.

Morning departure on Air New Zealand to arrive in Melbourne mid-morning. Lunch is followed by a half-day city tour before embarking on ‘Spirit of Tasmania’ for an overnight sailing to Tasmania.

Early morning arrival in the coastal city of Devonport followed by a morning city tour including the maritime museum. Travel by coach along the coast to the port of Bernie for lunch. Continue along the coast to your first overnight stay in Smithton.

After breakfast we have a full day tour to the north-west corner of the island including Woolnorth and nearby Cape Grim – reportedly home of the cleanest air and purest beef in the world. Return to Stanley in time for a chair lift ride up ‘The Nut’ before returning to Smithton for the night.

A full day’s scenic drive to Strahan with stops along the way including a tour into Lake St Clair National Park to see Dove Lake and Cradle Mountain. Lunch at Peppers Tavern before continuing on to the picturesque village of Strahan where the three-night accommodation overlooks Macquarie Harbour.

After breakfast enjoy a Gordon River Cruise across Macquarie Harbour and up the river through Tasmanian wilderness. Return to Strahan.

Today’s highlight is a half-day train journey on the West Coast Wilderness Railway through rainforests, gorges and alongside rivers from coastal Strahan

Our coach journey begins with a scenic drive to Derwent Bridge to visit the Wall in the Wilderness and lunch at the local hotel. Continue on visiting Mt Field National Park on the way to Hobart for a three night stay.

The Wall in the Wilderness – a timber sculpture depicting the history, hardship and perseverance of the Central Highland people and paying homage to those who settled and protected the area

A free day to explore the 19th – 21st century cafes and restaurants, the heritage charm and modern lifestyle of the capital city set on the Derwent River. Maybe climb Mt Wellington for great views or wander around the galleries, theatres or craft shops.

After breakfast we take a day coach tour to the former penal settlement of Port Arthur with buildings and harsh stories of the mid-1800s. Take a tour of the township with a private guide and a boat trip out to the Isle of the Dead.

Founded in 1804, Hobart is the second oldest city in Australia after Sydney and the second-deepest natural port in the world. It hosts the finish of the annual Sydney to Hobart yacht race, is set beneath the impressive Mt Wellington and retains much of its Georgian and Victorian architecture.

After breakfast, we visit the famous Salamanca Markets before a scenic drive to Coles Bay in Freycinet National Park. Enjoy this special environment before a two-night stay in award-winning Freycinet Lodge set in the wilderness park.

Our scenic tour of the Freycinet Peninsular includes Cape Tourville and beautiful Wineglass Bay lookout for the energetic ones. Return to our lodge for dinner and overnight.

From our lodge we take the inland road to Ross, an historic town on the Macquarie River noted for its historic bridge and sandstone buildings; the former garrison of Campbell Town before arriving in Launceston for a two-night stay.

Launceston – Tasmania’s second major city is set on the confluence of the North and South Esk
rivers which then become the Tamar River. With its colonial and Victorian architecture and history, culture, nature, food and wine, the city is a major attraction for many visitors.

Our day tour of Launceston begins with a visit to the Beaconsfield mine and Heritage Centre, scene of a mine collapse in 2006 from which most of the men were rescued. Continue on to Cataract Gorge, a natural wilderness basin with wildlife, gardens and the longest single span chairlift in the world! Return to the hotel with the rest of the day free. Farewell Dinner tonight.

An early morning transfer to the airport for a flight to Melbourne. Change planes and continue to Auckland arriving mid-afternoon.

A good standard of health and fitness is required and clients should be independently mobile and able to walk unaided. 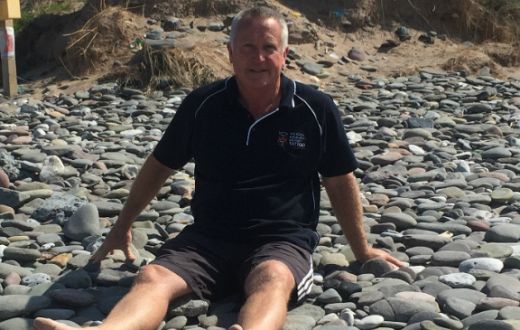