Another in our series of unusual Pacific destinations

Lord Howe Island - a truly unspoilt jewel of the Pacific with a fascinating ecological ethos is a World Heritage Island with 168 bird species (including the endemic woodhen), 241 species of native plants (105 are endemic), 500 marine fish and 90 different coral species.
As the sea is warmed by the South Equatorial Current, Lord Howe enjoys a subtropical climate with an average rainfall of 1568 mm per annum - a virtual ‘Garden of Eden’.

Temperatures rarely rise above 26°c in summer or fall below 16°c in winter. Water temperature in summer can be as high as 24°c and in winter still remains as high as 18°c – a snorkelling mecca.

Lord Howe is two hours flying time from Sydney, 11kms long and 2.4kms wide at its narrowest point and home to approximately 400 locals.

Tourism is an important part of their economy, but visitor numbers are restricted to 400 at any one time.

Return to the airport for a late morning flight from Sydney to arrive at Lord Howe Island mid-afternoon. On arrival you will be met and transferred to your accommodation for a six night stay. Afternoon at leisure to explore and shop for breakfast requirements. Afternoon free maybe hire a cycle (easy and safe cycling) to explore your new environment. Welcome Dinner at a local Restaurant.

The morning to enjoy a half day Orientation Tour of Lord Howe
Island highlighting the island, its features, wildlife, history and
optional activities

Today’s tour to Lord Howe Island’s world heritage marine
environment with the opportunity to view the marine paradise
through a glass bottom boat. There is also the option to snorkel
Erscott’s Hole. Afternoon free with a Group BBQ Dinner in the
evening.
Erscott’s Hole

This spot is easily the snorkelling highlight of Lord Howe Island. Erscott’s Hole is home to more than 500 species of fish and more than 90 species of coral. The reef system here is incredibly healthy and diverse - a tapestry of colour and activity that easily ranks among the most impressive reef sites in Australia.
The site is huge and completely protected as an intertidal groyne. A garden of staghorn coral dominates the scene, complemented by dozens of other soft and hard coral species. The shallow nature of the lagoon means almost anyone can enjoy the underwater spectacle.

Among the 11 beautiful beaches on Lord Howe Island, Neds Beach is one of the most entertaining and most unique. It is here that you can actually wade into the shallow waters and hand-feed the mélange of fish that swarm to your side whenever food is dropped in.
There are several species of fish that live in the waters at Neds Beach. Expect to see silver drummers, wrasse, mullets, kingfish, garfish and even the spangled emperor. It’s a real frenzy of placid, but hungry, fish.

Today’s outing lets you view the fish and corals of the world’s most Southern Barrier Reef as you slowly cruise to the beautiful North Bay. Enjoy turtle spotting of the Green and Hawks Bill Turtles through the glass bottom boat. Lunch is included. For the adventurous, snorkel the wreck at North Bay, or take the short climb up Mt. Eliza with its panoramic views and Herring Pools or just sit and laze the afternoon away. Dinner at the Golf Club.

This is one of the finest spots on the island to lounge away the day on its brilliant white-sand beach. The bay is very shallow, ensuring easy access for anyone who wants to wade into the crystal-clear waters or take a look beneath the surface.
The snorkelling at Lord Howe Island’s North Bay is spectacular. An impressive range of fish, stingrays and sea turtles live among the healthy coral reef so exotic aquatic sightings are guaranteed.
The waters around the island are protected within a marine park so you can count on pristine water conditions and incredibly healthy marine life.
North Bay is a popular hang-out for migratory sea birds.

A mid-morning departure from Lord Howe Island through Sydney and connecting onto a later flight to Auckland.

Our accommodation is centrally-located close to shops, restaurants and beaches - an ideal place to take in the views, sunsets and walks.

Accommodation is either studio or one bedroom apartments surrounded by gardens and lawns. 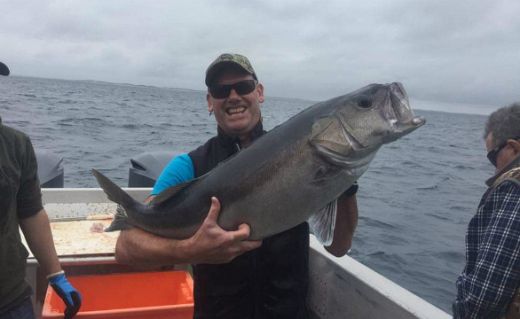