This East Africa safari takes in some of the best scenery and animals in the world – highlighted by the wildebeest and zebra migration at the northern end of the Masai Mara.

Be prepared for some bumpy roads – but the journey will be worth it.

We conclude with a relaxing three night stay in Zanzibar – swim in the warm waters of the Indian Ocean and explore historic Stone Town.

Arrive Nairobi early afternoon and transfer to your hotel. After a Safari briefing, enjoy an evening Welcome Dinner.

After breakfast enjoy a city tour of Nairobi including the Giraffe Centre where you are able to get up close and personal with these gentle giants. Continue on to the Karen Blixen Museum, the former home of the Danish Baroness who lived in Kenya and wrote the famous book ‘Out of Africa.’
After lunch enjoy a drive through pineapple, tea and coffee plantations on the slopes of Mt Kenya. Arrive at Alberdare Country Club for a one night stay.

After breakfast, depart for game drives in the park. Afternoon game viewing is done directly from the Lodge and its impressive watering hole where wildlife congregate. Overnight at Lodge.

Today’s drive travels via Nyahururu to Lake Naivasha with a stopover at Thompson’s Falls en-route. Arrive at the Lodge for lunch before a late afternoon boat trip.

The Great Rift Valley is a region of enormous geological significance and fabulous natural beauty, extending all the way down from the Middle East to Southern Africa.

Lake Naivasha is a freshwater lake fringed by thick papyrus a bird-watchers paradise – with a large hippo population that sleep during the day in its shallows, numerous giraffes and buffalo, this is a wildlife paradise. The Lake was immortalised in the film ‘White Mischief.’

Following an early breakfast, drive to Maasai Mara National Reserve where you can see animals in abundance. Arrive at your tented lodge for lunch and later enjoy an afternoon game drive until sunset.

Regarded as the most unique and most-visited reserves, Maasai Mara in Kenya’s south west corner, boasts an astonishing amount of game. Gazelle, wildebeest and zebra graze in large numbers and where prey is found, so are predators.The reserve is widely considered to be Africa’s greatest, where the Maasai community co-exists in harmony with the wildlife. Maasai Mara is said to have the biggest population of lions in Africa.The wide, greenly-gold savannahs spotted with thorn trees are ideal for photographs. The Mara is the northerly end of the Great Migration where herds of wildebeest, zebra and antelope mass along the Mara River. Many fail in the life-death struggle – terrible yet wonderful, but not to be missed.

An optional early morning champagne breakfast hot air balloon ride is available. The flight passes over spectacular and breath-taking scenery, giving passengers the opportunity to see and experience the surrounding wildlife and nature from the air OR enjoy a morning game drive.

Further opportunity to experience the fabulous wildlife in its natural surroundings with game drives and just being part of the scene.

After breakfast, drive to Isebania on the Kenya and Tanzania border to join your Tanzanian drivers and guides en-route to Serengeti National Park. Enjoy an afternoon game drive before dinner at the lodge.

Spend a full day game viewing on the vast plains of Serengeti with a picnic lunch included. Return to the Lodge late afternoon.

George Adamson, co-raiser of Elsa the Lioness and husband of ‘Born Free’ author Joy Adamson visited Serengeti in the early sixties and brought the world’s attention to large scale killing of game.

The 14,763 square km of the Serengeti at the southern end of the Great Migration is a place of huge skies of shimmering heat hazes, majestic termite mounds and rock formations called kopjes – ideal vantage points for predators.

After breakfast drive to the Ngorongoro Crater, the largest intact caldera in the world. En-route visit the Ol duvai Gorge site where archaeological findings dating back 3.5 million years have been discovered – the work of Dr Louis and Mary Leakey.

Arrive at the Lodge in time for sunset over the caldera.

The Ngorongoro Crater in the Great Rift Valley is one of the natural wonders of the world.
The extinct volcano that collapsed in on itself has formed a super bowl where the largest permanent concentration of African game is on display.

Today is a special day driving into the crater bowl - 250sq/km of rich pasture and a haven for a resident population of more than 20,000 animals who are not confined to the crater walls but choose to make this their home. See gnu, zebra, gazelles, buffalo as well as hippos, the scarce black rhino and elephants. Time to reminisce back at the lodge.

Early morning at leisure before departing for Arusha. Arrive at Lake Duluti for a guided walk and overnight.

Morning transfer to the airport for the flight to the island of Zanzibar. Check into hotel before a guided walking tour of the UNESCO World Heritage coastal town with its townscape virtually intact. Stone Town is an amalgam of Arab, Persian, Indian and European heritage with its narrow alleys, palaces, mosques, old houses and tiny shops.

Zanzibar (also known as the ‘Spice Island), is an island steeped in culture and history – a destination which brought adventurers, seafarers and traders from far and wide.

After breakfast, depart for a spice tour on the way to Nungwi, a village at the northern end of Zanzibar for a two-night stay. Afternoon at leisure before dinner and overnight at the beachside Double Tree Hilton Hotel.

Day at leisure with time to relax and reflect on your African experiences.

Morning at leisure before transferring to Zanzibar Airport for our return flight home via Dubai.

Lightweight, comfortable clothes are the order of the day.  Hats, sunglasses and comfortable sandals are a must. A warm windproof jacket, socks and shoes for game drives – especially in the mornings.

Bottled water is available at the lodges and on game drive vehicles. Meals are reasonably priced, the cost of Western style food is more expensive, but still reasonable.  Local beer is the best alcohol option, local and international brands are available – wine is relatively expensive 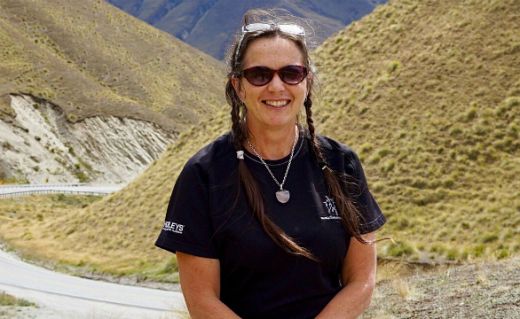