Tucked away in the South West Corner of australia is a land Like no other.

‘Super Pit’ of Kalgoorlie. Surprises there are many, so why not join us to share one of Australia’s special secrets?

Morning city tour of Perth including Kings Park, the Casino, Bell Tower and Swan River. Continue to the nearby coastal city of Fremantle for lunch (own expense) and free time to enjoy this famous port city. Welcome Dinner tonight.

A day trip to Rottnest Island, the protected nature reserve off the coast of Perth, home of the Quokka, a small wallaby-like marsupial, pelicans, historical heritage and beautiful sandy beaches. Return to Perth late afternoon.

Travel south with an inland detour that provides a good cross section of rural life. At a crossroads in the middle of nowhere is Gnomesville, a prolific collection of the legendary creatures. Continue to Donnybrook, the ‘Apple Capital’ and stone fruit orchards for lunch and onto the coastal city of Busselton with its 1.8km jetty jutting out into the Indian Ocean. Later arrive in Margaret River for a two night stay.

Begin the day with a drive to Cape Leeuwin, the most south / westerly point of Australia where the Indian and Southern Oceans meet. Visit the lighthouse and later the Mammoth Caves, a large limestone cavern where a guided tour is included. Continue to a winery for tasting and lunch. Return to Margaret River.

Margaret River - located in the far southwest corner of Western Australia is one of the most geographically isolated wine regions in the world.
But this isolation is no barrier to the development of a region that is highly regarded as a producer of powerful, yet elegant Cabernet Sauvignon. It has also forged a great reputation for its white wines notably Chardonnay and Semillon Sauvignon Blanc blends. Today there are just over 5,000 hectares under vine and over 150 wine producers in the region - made up predominately of smaller niche-size wine producers. Collectively they produce a massive 20% of Australia’s premium wine. We visit one of these.

Today travel inland to the town of Nannup, the home of Cambray Cheese. Lunch in a truffle growing area and onto the former sawmilling town of Pemberton where we
board a train for a bush ride along an old timber railway line. Spend the next two
nights in a lakeside resort in a Karri Forest.

Today drive and walk through the tall Karri and Jarrah (eucalyptus) trees to enjoy
a 4WD experience into the coastal sand dunes and later a peaceful river cruise
to the ocean. Return to our lakeside accommodation.

On our journey to Albany, we stop off near the Southern Ocean coastal town of
Walpole for morning tea and the popular Karri ‘tree top walk’ above the forest
canopy with views of the wilderness. Continue to Greens Pool, a sheltered,
sandy white beach ringed by large granite boulders and ‘Elephant Rocks’ - another
natural phenomena. Our next stop is a small, but renowned organic cider making orchard for tasting before continuing to the coastal city of Albany (the rural capital of the south) for a two-night stay.

Begin the day with a sightseeing tour including a poignant visit to the awardwinning
National ANZAC Centre (opened by the Prime Ministers of both Australia and New Zealand). From Albany, 30,000 Australian and New Zealand troop departed for Gallipoli in 1914. Free time to relax and explore after a city tour and a visit to the local Sandalwood factory.

Today’s highlight takes us into the Stirling Ranges and the mountainous nature reserve where possibly the wildflowers will be in bloom.Experience walks in Porangurup National Park, followed by a trip to the Knoll Outlook for extensive views of this vast inland region where wheat, barley and canola predominate. Continue east through Jerramungup and the mining town of Ravensthorpe to the small coastal town of Hopetoun.

We pass our first nickel mine on our drive through more of the magically-named rural towns of Jerdacuttup and Munglinup to arrive in Esperance, the most eastern city in WA known for its whiter-than-white sandy beaches, two of which are rated as the best in Australia.

A leisurely morning before a tour of the city and beaches with an interesting stop-off at the Lucky Bay Brewery where we see first-hand the production of craft beers. Return to Esperance with time to relax.

Today we visit a local wheat farm and experience growing on a large scale. Return to Esperance with free time. There are some interesting museums to visit, particularly Skylab which displays the remnants of the American Space Shuttle which fell nearby in 1979.

Travel north through wheat and farm land to the former mining town of Norseman, discovered (as the story goes), by a prospector’s horse uncovering a gold nugget with its hoof while tethered for the night. Norseman is where the long road across the Nullarbor Plains starts or finishes. Time for lunch and wander around this iconic town. We view the vast area from a series of lookouts on our way to Kalgoorlie, the former ‘epi-centre’ of the gold mining boom, but still very much a mining city.

Kalgoorlie – Boulder sits on the edge of the Golden Mile and its economy has been driven by gold since 1893. The main street named after Paddy Hannan, the Irish prospector who discovered gold near the town in 1893. The Edwardian Town Hall and a colourful array of hotels and buildings remain, testament to the gold era.

Morning sightseeing tour includes a visit to the ‘Super Pit,’ the massive hole in the ground from yesteryear which is still in gold production. Afternoon free to explore.

Today our coach takes us to several places of interest before driving to the nearby mining ghost town of Coolgardie. Once the third largest town in West Australia with a population of around 30.000, the town had two Stock Exchanges, three breweries, seven newspapers and 26 hotels. Now around 850 people reside in the town.Return to Kalgoorlie via the city of Boulder before our Farewell Dinner.

After a leisurely morning, depart by ‘The Prospector’ train early afternoon to arrive in Perth around 8.30pm. Transfer to hotel for one night’s stay.

A leisurely day with time to maybe enjoy a Swan River cruise, hire a cycle or relax in the city before transferring to the airport for the flight home to Auckland.

• From the date of booking to 05 August 2022 – loss of deposit
• After 05 August 2022 – no refund
• If this tour is cancelled due to Covid 19 government travel restrictions, and
a refund is available,Pukekohe Travel reserves the right in addition to any
supplier imposed amendment and cancellation fees, to charge a service and
administrative fee of $350 per person

To ensure the tour is enjoyable for you and others in the group, a reasonable standard of fitness and mobility is required including the ability to walk 400m and climb in and out of a coach or into a train.

• If New Zealand Borders are closed as a result of Government imposed restrictions and/or, quarantine travel restrictions are imposed on New Zealanders returning home from overseas, Pukekohe Travel accepts no liability for any additional costs.
• These are not limited to but includes any cancellation or amendment fees or border quarantine fees imposed.
• Pukekohe Travel will assist in every way possible to ensure any additional travel
arrangements required are made with the minimal amount of disruption and in the
most cost-effective manner.

• For full terms and conditions please visit our website www.pukekohetravel.co.nz/
termsandconditions or ask our tour consultant for a copy

Currency
• The Australian Dollar – ATMs available along the way 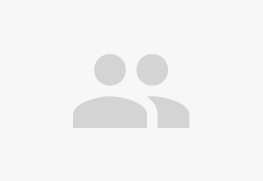