Previous groups return with glowing reports of a wonderful region to visit, warm friendly people and a gold star all round.
This itinerary includes two nights in Zagreb, Bled, the Bosnia & Herzegovina capital of Sarajevo and the ‘Pearl of the Adriatic’ - Dubrovnik.
Begin in the Croatian capital of Zagreb; on to the Slovenian capital of Ljubljana and Lake Bled, the contrasting mountains and lakes of Slovenia and the Hapsburg resort of Opatija in northern Croatia. Experience truffle hunting near Motovun, a city tour of Sarajevo and a walking tour of the unchanged old city of Dubrovnik.
A full day in Montenegro including Southern Europe’s largest fjord and the fortified UNESCO town of Kotor will delight.
Cast off from Dubrovnik on board ‘ms Adriatic Queen’ for a return cruise around the sparkling Adriatic islands including Mljet, Korčula, Pucisca and Hvar as well as visiting Split.
A popular tour to a special region.

Depart Auckland on Emirates Airlines for our evening flight to Dubai.

Arrive in Dubai, change planes and depart for Zagreb. On arrival, transfer to a centrally located hotel. Enjoy a Welcome Dinner tonight.

This morning’s tour of the historic capital of Croatia includes a walking tour of the ‘Upper Town’. The balance of the day at leisure.

Today travel through farmland and rolling countryside dotted with villages to Ljubljana, the capital of Slovenia.  Visit the most significant sights of the old city centre, the picturesque central open air market, the three bridges and Robba’s Fountain, before continuing on to the alpine town of Bled. Tonight visit the small medieval town of Radovljica for a traditional Slovenian dinner.

This morning, a tour of this charming town set in the Italian Alps on the shores of Lake Bled.  See the imposing Bled Castle perched on a cliff high above the lake.  Continue to Lake Bohinj and enjoy a relaxing walk along the lake shore. Rest of day free to explore.

Travel from Bled through the countryside to the well-renown ‘Postojna Caves’.  Tour this cool (8˚c - 10°c) subterranean world by miniature electric train.  Later, continue to the elegant coastal town of Opatija for dinner and overnight.

Travel to the medieval hillside town of Motovun to enjoy a truffle hunt followed by truffle / wine / pasta tasting  at a local restaurant. Return to Opatija and enjoy the balance of the day on your own in this popular summer resort.

Journey inland past small farms with gate stalls selling cheese and other produce to arrive at Plitvice Lakes National Park. Visit the UNESCO World Heritage site and see the 16 terraced lakes of many colours surrounded by densely wooded mountains and lush vegetation.  Dinner out at a local restaurant.

This morning, free time to take a final look at the lakes before travelling through the mountains to Sarajevo - Bosnia and Herzegovina’s unique capital for a two night stay. Dinner is included.

After breakfast, depart for your city tour of Sarajevo, Bosnia & Hercegovina’s capital and home of the 1984 Olympic Games. Visit the picturesque Turkish Bazaar ‘Bas Carsija’, the Husref Bay’s Mosque, Olympic Stadium and Gavrilo Princip Museum.
The balance of the day is free to explore the cobblestone streets and enjoy dinner in one of many local restaurants.

Today we coach through mountains and along the Neretva River to Mostar where conflict in the 1990’s saw the destruction of the beautiful ‘Stari Most’ (Old Bridge). The 16th century Bridge and the historic old town have now been reconstructed.   Enjoy lunch at a local restaurant and continue Dubrovnik for a two-night stay.

Enjoy a walking tour of the ‘Old City’ which remains almost unchanged from the 13th century. Your time is then free to further explore the ‘Old City’.

This Adriatic country has Southern Europe’s largest fjord - Kotor Bay and enjoy a boat ride to Our Lady of the Rocks, one of two islets off the coast. Return to the mainland, stop off in the charming coastal town of Perast and continue along Montenegro’s magnificent coast for lunch at a local restaurant to arrive in the UNESCO-listed coastal town of Kotor for a city tour.

Return to Gruz Harbour in Dubrovnik where embarkation on ms ‘Adriatic Queen’ begins at noon. Meet your Cruise Manager at an on-board Welcome Reception. This evening, relax or take a walk through Dubrovnik’s vibrant streets.

Begin the cruise with a panoramic sailing around the walls of Dubrovnik before continuing to the island of Mljet, a National Park and UNESCO Heritage site. On arrival, explore the National Park which features five types of forest, many species of birds, and two deep lakes, Veliko Jezero (Big Lake) and Malo Jezero (Small Lake). Return to the ship and continue cruising to Korčula, believed to be the birthplace of the explorer Marco Polo.

Korčula, a small town with about 3,000 inhabitants is situated on the north-east end of the island of Korčula. The old medieval part of the town was built on a small oval peninsula. Local legend says the great merchant traveller Marco Polo was born in Korčula. A local guide will introduce you to historical town, architecture and stories of Korčula town.

After a walking tour through narrow cobbled streets of Korčula, we make a short stop for a swim in Povljana Bay before arriving at Pučišća. The town was built of stone and the majority of the inhabitants live from it.   Three nearby quarries have produced stone that has been used to build the limestone columns of the White House in Washington DC and the Parliament house in Vienna.  The stone masonry school founded in 1906 is one of the oldest in the world. Evening free.

After a few hours of island cruising, we will arrive in Omis, a pirate town where you will enjoy a stunning boat ride into the Cetina River Canyon which flows into the Adriatic.
After a short Omis town tour, we sail on to Split – the second largest urban centre in Croatia and traditionally considered to be more than 1,700 years old.  Since 1979 the historic centre of Split has been on UNESCO’s World Heritage list.  Many historical and cultural buildings can be found within the walls of Diocletian’s Palace on our walking tour of this area. Evening free.

Morning stop in Bol, a small town on the island of Brac known for Golden Horn Beach, one of the most spectacular in Croatia.  With its ever-changing shape according to the wind, it is known as the ‘Zlatni Rat.’ Continue sailing to the island of Hvar, popular and home to the ‘jetset.’  Then walk through the city which introduces the history, culture and way of life on this island with the evening free.

Relax on the sun deck as you cruise to picturesque Trstenik, a small fishing village on the Peljesac Peninsula where swimming and relaxing are the afternoon activities. Enjoy an evening Captain’s Dinner with live entertainment.

Sail to the island of Mljet, for a brief stop before arriving in Dubrovnik. Step ashore to join a short trip up the cable car and Croatian War Museum. Farwell dinner in Dubrovnik.

After breakfast, disembark with free time. Depart Dubrovnik Airport for your flight to Frankfurt. Change planes for your emirates flight to Dubai arriving late evening.

Clothing / Weather
• The weather is warm and sunny in September / October
• There will be around 15 hours of daylight and the chance of the odd thunderstorm and light rain.
• Comfortable casual clothing is required with good walking sandals / shoes and smart -casual for the evenings.
• On board shorts will be fine for men in the evenings.
• Don’t forget swimming gear!

Currency: NOTE Croatia currency is the KUNA. Credit / Debit Cards accepted in most places along the route BUT NOT ON THE SHIP – CASH ONLY! Please plan accordingly.

A good standard of health and fitness is required as walking tours are an important part of the itinerary and the ability to walk independently on uneven surfaces and negotiate stairs is required.

MY ‘Adriatic Queen’ (Exclusive charter to Pukekohe Travel
With its perfect size, manoeuvring ability and maximum 30 passengers in 15 elegant cabins, the newly-renovated, yacht-like Adriatic Queen will satisfy your expectations for a comfortable cruise along the Adriatic Coast.
Adriatic Queen cruise is comfortable, relaxing and far from the crowd cruise on a unique and popular itinerary.
The itinerary is planned to give you the Dalmatian coast experience in a life-enriching way. 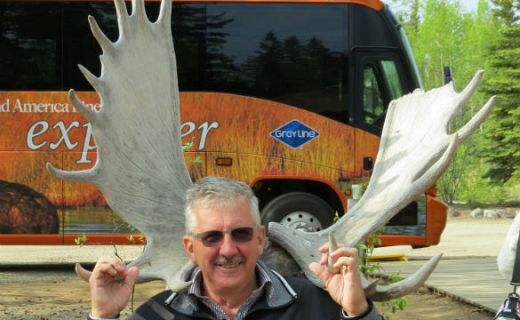