By Rail, Coach and Cruise

This journey across Australia and cruising to New Zealand continues to be one of our most popular tours and is a wonderful, relaxing break.

Enjoy the comfort of ‘Gold Class’ on-board the Indian Pacific train from Perth to Adelaide, an interesting cross-country coach ride through rural countryside to the Australian Capital of Canberra and onto Sydney to board Celebrity Solstice to cross the Tasman Sea to Auckland.

Experience goldmines, ghost towns, the beauty and colours of the Nullarbor Plains, grapevines along the Murray River Valley, the cities of Adelaide, Canberra and Sydney before a cruise in local waters.
Sailing into Milford, Doubtful and Dusky Sounds is an awe-inspiring experience and calling at ports up the east coast of New Zealand completes a unique tour.

Depart Auckland on Air New Zealand, arriving in Perth mid-afternoon, the picturesque capital of Western Australia set on the Swan River, for a two night stay in a city hotel. Mix and mingle with your fellow travellers.

After breakfast, a full city tour includes Kings Park with its amazing views of the Swan River and city, the Bell Tower, CBD, WACA and an enjoyable drive to Freemantle to visit the historic prison, Maritime Museum and enjoy lunch on Freo’s Cappuccino Strip.

Continue along Perth’s attractive coastline and return to city with the remainder of the day at leisure. Relax and enjoy a Welcome Dinner at the hotel.

Perth – Board the ‘Indian Pacific’

After breakfast, transfer to the railway station to board ‘Indian Pacific’ train.
Depart Perth, travelling in ‘Gold Class’ with time to settle into your comfortable cabin – home for the next two days and nights.

Kalgoolie The discovery of gold in the 1890s led to a population explosion as fortune seekers descended on the region. Today Kalgoorlie-Boulder is the largest regional city in WA which still retains its sense of adventure and some of the characters of the early gold rush. Discover the city on your off-train excursion.

On board ‘Indian Pacific’

Cook Stretch your legs and explore the old railway town of Cook, once a thriving community boasting a school, swimming pool, general store and housing to accommodate a population of 200. Now virtually abandoned, a self-guided map will allow you to walk and explore. 2.15pm - depart Cook with lunch served on-board

An early morning breakfast served on-board before evening arriving in Adelaide.  On arrival coach travel to Seppeltsfield, enjoy a heritage tour of the winery and lunch before checking into your inner city hotel.  Remainder of the day at your leisure.

Adelaide The capital of South Australia is situated on the River Torrens - a multi-cultural atmosphere, many river-walking trails and impressive Art Gallery. With free time to explore, this city is the ideal stop-over.

After breakfast enjoy a city tour of Adelaide including Central Market, historic North Terrace and the Adelaide Oval. Afternoon free for further sightseeing or retail therapy at the famous Rundle Mall.

After breakfast depart Adelaide along the Sturt Highway with a stop off at Waikerie and on to Mildura for lunch. Cross the Murray River and continue along the fertile Murray Valley to Swan Hill for an overnight stay.

Swan Hill A vibrant city on the banks of the fertile Murray River area, rich in history and agriculture, especially citrus and wine.

Depart Swan Hill with stops at Deniliquin and Wagga Wagga. Continue to Gundagai to view the legendary ‘Dog on the Tuckerbox’ and travel on to Australia’s capital Canberra for a two night stay.

Canberra Known as Australia’s ‘Bush Capital,’ was set up in 1908 as a compromise government location between rivals Sydney and Melbourne. Situated 290km south-west of Sydney and surrounded by forest, farmland and nature reserves, the city’s focal point is Lake Burley Griffin, a popular water playground with Parliament House on its shores.

This morning, our city sights tour includes Parliament House, Australian War Memorial and Embassy Row. At the conclusion of the city tour, an optional lunch cruise of Lake Burley Griffin is available.

Our morning journey to Sydney by coach travels through the NSW countryside with a morning tea stop at Bowral with time to visit the Internationally-acclaimed Bradman Museum and International Cricket Hall of Fame. Continue on to Sydney to our downtown hotel with the balance of the day free.

Transfer to Circular Quay in downtown Sydney to join Celebrity Solstice, Late lunch is on board. Time in the afternoon to explore and orientate yourself with your home for the next 13 days. Sail out of Sydney Harbour through the ‘Heads’ late afternoon.

This new port of call located on Twofold Bay was once considered as the site for the state capital because of its deep natural harbour. Known for its whaling history, Eden is on the Southern whale migration route – maybe a sighting or two! With its sleepy seaside atmosphere, the fishing boats, beaches and wilderness areas will be a great start to the cruise.

A full day to explore Melbourne with its international sporting facilities, Yarrow River and shopping opportunities. A great city to spend a day.

Arrive in Tasmania’s capital with a day to wander the waterfront cafés and shops or explore further afield.

Time to savour cruising Milford Sound. Rain or shine it is always a jewel in New Zealand’s crown. Continue cruising into picturesque Doubtful and Dusky sounds in Fiordland National Park.

A full day to explore our most-Scottish city.

Today, either explore the quaint and picturesque Akaroa or travel into Christchurch to see the progress the city has made during the past few years.

The capital city awaits with its revamped harbour scene, the Kiwi icon Te Papa Museum, Sir Peter Jackson’s impressive exhibits or even a trip to the top of Mt Victoria for extensive views.

Be on deck as you sail alongside iconic Mount Maunganui into picturesque Pilot Bay. Either walk up or around the scenic Mount or enjoy the town centre with its stylish cafés and shops.

It is now time to farewell your new friends and disembark after breakfast.

Checked-in luggage is not accessible during the train journey. Pack your cabin bag with the essentials for the two nights. Smart casual is recommended for the Queen Adelaide Restaurant on board the train.

• Daytime – comfortable touring clothes, good walking shoes. Evening – smart casual for hotels and on board the train
• Cruising: As above, with something more dressy for the special nights on board. Men – a jacket and long-sleeved shirt is fine. There are casual alternative restaurants.

• A current passport is required, valid six months beyond date of travel
• No visas are required for NZ Passport holders
• All others please ask

A good standard of fitness is required for this tour with the ability to walk independently mobile. Cook does NOT have a platform, but mobile steps are available. The train is unstable while travelling, therefore you need to be firm of foot.

Once on board, discover the innovative Celebrity Solstice, a ship that redefines cruising in New Zealand, ushering in a new era in style, accommodation options and indulgence.

On board, sample the ‘Tuscan Grill’, the Grand Epernay Dining Room, one of 26 martinis served on a bar counter of solid ice in the Martini Bar, the Solarium, the Lawn Club – a half acre of grass, musical spectaculars, other dining destinations and a myriad of additional activities and entertainment. All meals are included.

Three days at sea and one day cruising Milford, Doubtful & Dusky Sounds makes for an exceptionally relaxing cruise – enabling you to enjoy the ship – a destination in itself. 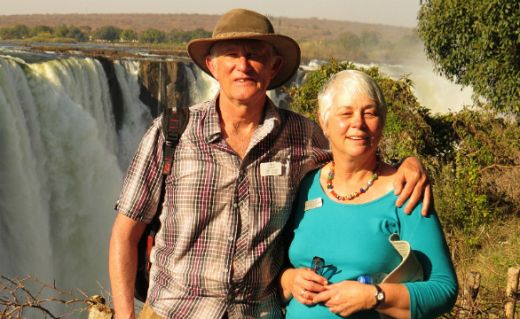